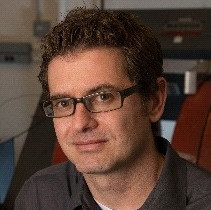 On April, 23, we have the pleasure to welcome in SPINTEC Justin M. Shaw from the National Institute of Standards and Technology, Colorado (USA). He will give us an IEEE Distinguished Lecture (*) at 11:00, CEA/IRIG, Bat. 1005, room 446 entitled :

Modern spin-based technologies rely on multiple, simultaneous phenomena that originate from the spin-orbit interaction in magnetic systems. These include damping, magnetic anisotropy, orbital moments, and spin-orbit torques that are manifested in the spin-Hall and Rashba-Edelstein effects. While cavity based ferromagnetic resonance (FMR) spectroscopy has been used to characterize magnetic materials for many decades, recent advances in broadband and phase-sensitive FMR techniques have allowed further refinement, improved accuracy, and new measurement capability. In fact, broadband FMR techniques can now precisely measure spin-orbit torques at the thin-film level without the requirement of device fabrication [1].

Broadband FMR measurements have also improved our fundamental understanding of magnetic damping. Numerous extrinsic relaxation mechanisms can obscure the measurement of the intrinsic damping of a material. This created a challenge to our understanding of damping because experimental data were not always directly comparable to theory. As a result of the improved ability to quantify all of these relaxation mechanisms, many theoretical models have been refined. In fact, this has recently led to both the prediction [2] and discovery [3] of new materials with ultra-low magnetic damping that will be essential for future technologies based on spintronics, magnonics, spin-logic and high-frequency devices.

I will begin this lecture with a basic introduction to spin-orbit phenomena, followed by an overview of modern broadband FMR techniques and analysis methods. I will then discuss some recent successes in applying broadband FMR to improve our ability to control damping in metals and half-metals, quantify spin-orbit torques and spin-diffusion lengths in multilayers, and determine the interrelationships among damping, orbital moments, and magnetic anisotropy [4], [5]. The impact of these result on specific technologies will also be discussed.

Biography : Justin Shaw earned bachelor’s degrees in both materials science engineering and music theory and composition in 1997, and doctoral degrees in physics in 2004 and in materials science engineering in 2007, all at Arizona State University. He was a National Research Council postdoctoral fellow at the National Institute of Standards and Technology (NIST) in Boulder, Colorado, from 2005 to 2007. In 2007 he became a staff scientist at NIST. He received an U.S. Department of Commerce Bronze medal in 2013 for his work in magnetodynamic measurements of nanostructures. As leader of the spin dynamics and microscopy project at NIST, his current research includes the study of spin dynamics and relaxation mechanisms in magnetic thin films and nanostructures, which extends from the nanosecond to the femtosecond regimes, using both microwave and optical techniques. Much of his work is focused on the development of new measurement capability to access and better quantify the dynamics in these systems. He is currently working on techniques to extend these dynamic studies to include imaging methods that employ an ultra-fast, high-harmonic generation coherent light source.

(*) Justin M. Shaw is one of the 4 persons of the program “Distinguished Lectures” selected by the IEEE Magnetics Society for 2019