Seminar – The multitude of mechanisms for all-optical switching of magnetization 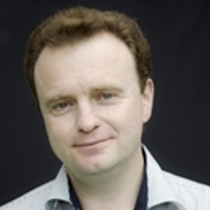 On December 13, we have the pleasure to welcome professor Andrei Kirilyuk from FELIX Laboratory, Radboud University, The Netherlands. He will give us a seminar at 11:00, CEA/Spintec, Bat. 1005, room 434A entitled :

The multitude of mechanisms for all-optical switching of magnetization

The incessant increase in the amount of digital data boosts the demand for faster, smaller, and energy-effective data-recording technologies. One viable possibility is the all-optical approach, which allows to control the magnetization of a medium using fs laser pulses only [1].
First of all, it has been demonstrated that the magnetization of ferrimagnetic RE-TM alloys and multilayers can be reversed by single fs laser pulses, without any applied magnetic field [2]. This switching is found to follow a very peculiar pathway, that crucially depends on the dynamic balance of net angular momentum, set by the two sublattices. The switching is of a toggle nature, where every next laser pulse switches the magnetization to the opposite direction.
Recently it has been shown, moreover, that the ferromagnetic Co/Pt and FePt layers can also be switched optically, with the unambiguous dependence on the light helicity [3]. However, the observed effect is multi-pulse in nature and proceeds via stochastic nucleation of reversed domains followed by a helicity-dependent deterministic growth [4].
Most exciting, recently an all-optical switching was demonstrated in transparent films of magnetic dielectrics [5]. A linearly polarized fs laser pulse resonantly pumps specific d−d transitions, creating strong transient magneto-crystalline anisotropy. Selecting the polarization of the pulse changes the direction of switching. This mechanism outperforms existing alternatives in terms of the speed (less than 20 ps) and the unprecedentedly low heat load.
Moreover, yet another mechanism of laser-induced switching was found in magnetic garnets in the presence of strong in-plane magnetic field [6]. This mechanism is based on an ultrafast heating of the lattice resulting in a rapid change of magneto-crystalline anisotropy.
In this talk various switching mechanisms will be considered and compared, with the goal to provide a clear picture of the processes accompanying the reversal at these ultrafast time scales.
[1] A. Kirilyuk, A.V. Kimel, and Th. Rasing, Rep. Prog. Phys. 76, 026501 (2013)
[2] C.D. Stanciu et al, Phys. Rev. Lett. 99, 047601 (2007).
[3] C.-H. Lambert et al, Science 345, 1337 (2014).
[4] R. Medapalli et al., Phys. Rev. B, 96, 224421 (2017).
[5] A. Stupakiewicz et al., Nature 542, 71 (2017); A. Stupakiewicz et al., to be published.
[6] C. Davies et al., Heat-assisted precessional reversal in a dielectric iron-garnet, to be published.

Andrei Kirilyuk obtained his degree in physics from the Moscow Institute for Physics and Technology (State University) in 1988, and gained his doctorate at Laboratoire de Physique des Solides, Université Paris-Sud in 1982. After postdoctoral stays at Max-Plank-Institut für Mikrostrukturphysik (Halle/Saale) and Radboud University he was appointed assistant and in 2012 full professor of physics in Nijmegen. Andrei Kirilyuk is an expert in the field of (nonlinear) magneto-optics and magneto-optical microscopy, magnetic domain dynamics, magnetic surfaces, ultrathin films and nanomagnetism in general, down to the smallest dimensions. He is actively involved in the experiments using the THz range free electron laser FELIX. He has published over 200 papers that have been cited almost 7000 times (h-index 44, Web of Science).