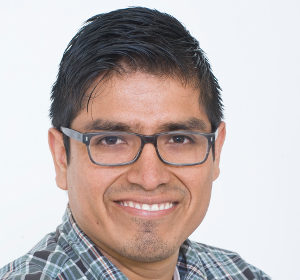 On March, 21, we have the pleasure to welcome Williams Savero Torres from the Catalan Institut of Nanoscience and Nanotechnology (ICN2), Barcelone, Spain. Doctor in Physics from UGA/SPINTEC (2011-2014). He will give us a seminar at 11:00, CEA/Spintec, Bat. 1005, room 445 entitled :

In the last years, graphene and other 2D materials have rapidly established as intriguing building blocks for spintronic applications [1]. Owing to its intrinsic low spin orbit coupling (SOC) graphene can transport spin information over long distances resulting in an ideal spin channel. A promising method for generation and detection of spin current relies on the spin Hall effect (SHE), which provides the possibility of developing graphene-based spintronic devices without using ferromagnets [1,2].

In this talk, I will present recent results relying on spin Hall effect and anisotropic spin relaxation in graphene-based spin devices. After a brief introduction on graphene spintronics, I will show that large SHE signals when compared to metallic counterparts can be obtained in graphene/platinum spin devices at room temperature. This large spin-to-charge conversion enables to determine accurately the spin relaxation time in pristine graphene using the inverse SHE as a mean of detection [3]. In the last part, I will show how SOC in graphene can be enhanced by proximity effects when interfaced with high spin orbit materials such as layered semiconductor metal transition dichalcogenides (TMD). Such an enhancement results in anisotropic spin relaxation, which can be used as a powerful method for spin manipulation on these systems [4,5].