Magnetic devices made from the same thin film and subjected to the same electric excitation switch opposite to each other due to their different shape.

The magic about the art of paper folding is that from the same sheet of paper one can create so many different objects. Unfortunately, the functionality of such paper artifacts resides only in the human imagination. The possibility to manufacture real functional objects following the principle of Origami would make engineering a child’s play.

The angular momentum required for magnetization reversal is provided by the current induced spin orbit torques. The role of the device geometry is to set the spatial distribution of torque inside the ferromagnet.

In practice, we use Kerr microscopy to examine current driven domain wall motion in Co/AlOx wires with different shapes and orientations on top of a current-carrying Pt layer. The displacement of the domain walls is found to be asymmetric with respect to the angle with the current and nonlinear with respect to the current polarity. Using these insights, we build, from the same perpendicularly magnetized thin film, bipolar switches typically used for memory devices as well as irreversible switches where shape controls the magnetic orientation regardless of the current polarity (Figure1).

Since this method is generic for angular momentum transfer by in-plane current, it can be used with a wide variety of materials, ranging from simple heavy-metals to topological insulators. Last but not least, the concept of geometric switching enables the design of magnetic devices whose functionality is fully determined by the choice of their lithographic shape, the simplest and most flexible step in the fabrication process. 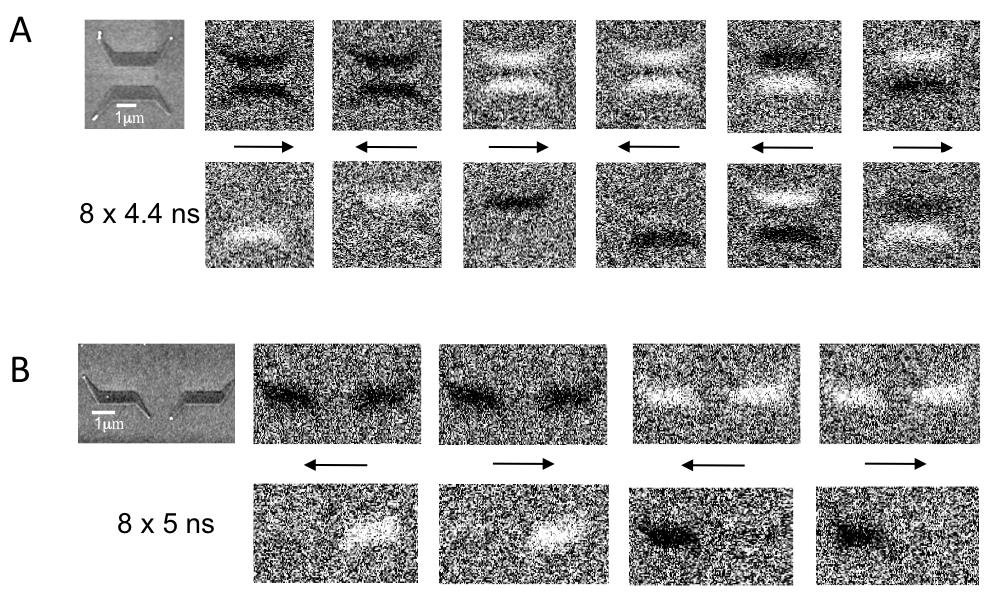