Researchers at SPINTEC Grenoble, in collaboration with PHELIQS & CIME Grenoble and LOMA Bordeaux, demonstrated how the superconducting proximity effect can be used to evaluate the penetration of Cooper pairs in metallic antiferromagnets. These findings represent a stimulating example of how antiferromagnets and superconductors may envision a common future by showing how to infer essential information using Cooper pair transport through antiferromagnets. 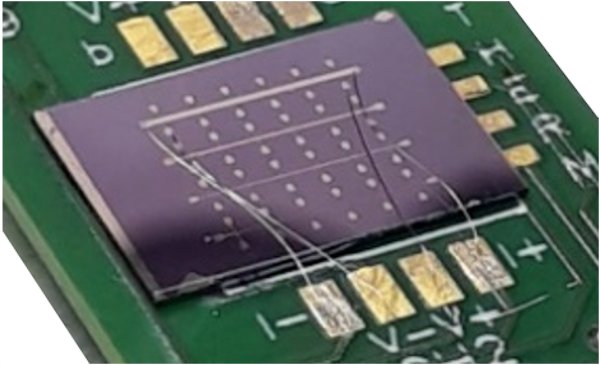 Picture of a typical device used to perform transport measurements.