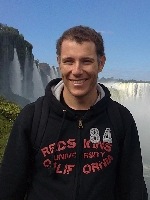 On April 09, we have the pleasure to welcome Thierry Ruchon Researcher in IRAMIS at CEA Saclay. He will give us a seminar which will take place at SPINTEC room 434A at 14:00.

In recent years, increased reliability and stability of ultrafast energetic lasers based on Ti: Sapphire technology has raised the interest of a broad community of users appealed by ultrashort Vacuum UltraViolet (VUV) sources. In particular, focusing these lasers on gas targets, the process of High order Harmonic Generation (HHG) supplies an XUV spectrum that shows unique specificities as for its high degree of coherence, its low duration, which lies in the attosecond to femtosecond range, and its excellent synchronization to a Visible-IR laser that may be used for pump-probe experiments. Starting from a λ=800 nm wavelength, typical HHG spectra lie in the 10 eV-120 eV range, which can address a large variety of applications from solid state physics (e.g. spin dynamics, dynamics of the so-called Dirac fermions in topological insulators, multi-ferroic materials, e.g., oxides) and gas phase chemical physics (e.g. time-resolved photoionization in the core- and valence shell of atoms/molecules, highly non linear harmonic spectroscopy…).
Based on this scientific landscape, we designed an ultrafast XUV facility, named Attolab, which offers free-ports to users from solid state and chemical physics backgrounds. In this communication, we will first present the performance and technological choices for this beamline.
In the second part of the talk we will review recent progress we did in embarking angular momenta on these beams. We recently synthesized attosecond beams carrying either spin or orbital angular momentum. The specificities of these two sources and their use for specific applications will be discussed.