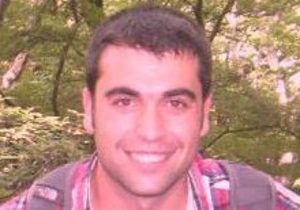 Electrical manipulation of the magnetization (uniform or magnetic textures) by spin- polarized current is essential for developing advanced storage class memory devices [1]. In ultrathin magnetic heterostructures with large spin-orbit coupling and broken inversion symmetry (ultrathin magnetic layer attached to heavy metal underlayer), new mechanisms has emerged based on spin-orbit coupling phenomena which exhibits much higher efficiency than conventional spin transfer torque mechanism in magnetic tunnel junction [2]. Key to the power efficient magnetization control is the large spin-orbit coupling of the heterostructure. First, the spin Hall effect (SHE) induced by the heavy metal layer which generates large spin current exerting a torque on the adjacent magnetic layer [3]. And second, the Dzyaloshinskii- Moriya interaction (DMI) which promotes Neel walls with fixed chirality and allows very efficient and fast domain wall motion [4]. In the first part of my seminar, I will describe in detail the two spin-orbit coupling mechanisms, SHE and DMI, discussing several experimental techniques used for the quantitative estimation of both phenomena [5]. Although magnetic memories are the most straightforward application of spin transfer and spin-orbit torques, magnetic tunnel junction can operate as tuneable non-linear nano- oscillators under different bias conditions (current and magnetic field). These devices called spin torque nano-oscillators have been proposed as new RF sources [6] and very recently for neuromorphic computing [7] inspired in the complex non-linear dynamical behaviour displayed in our brain [8]. Indeed these observations have inspired a whole class of models based on non-linear oscillators networks able to perform cognitive tasks [9]. However this type of computing requires a huge number of oscillators for achieving excellent performance and nanoscale oscillators with low noise are necessary for easy integration in a microchip. Spin torque nano-oscillators are very promising building block for neuromorphic computing because their well-controlled magnetization dynamics leading to high signal to noise ratios, their exceptional ability to interact, non-linear tunability by spin torques, fast time response (ns range), long lifetime and lower power consumption [7]. In the second part of my seminar, I will show how to leverage the non-linear dynamics of spin-torque nano-oscillators for neuromorphic computing, and present our first experimental achievements of speech recognition task [10] and temporal pattern recognition with delayed feedback memory [11]. Finally, I will give the main ingredients towards massively parallel architectures.