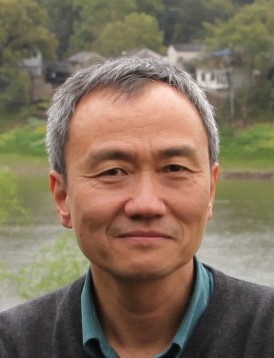 On September, 28, we will have the pleasure to welcome Xiaofeng Jin from Fudan University, China in Spintec.
At 11H, we will give his IEEE Distinguished lecture on “The Hall Effects Edwin Hall Never Imagined” in Spintec, bat 10.05, room 434 A.

The anomalous Hall effect (AHE) is one of the oldest and most prominent transport phenomena in magnetic materials. However, the microscopic mechanism of the AHE has remained unresolved for more than a century because its rich phenomenology defies standard classification, prompting conflicting claims of the dominant processess. We differentiate these processes through temperature-dependent measurements on epitaxial Fe, Ni, Co, and NixCu1-x films of varying thickness [1], [2]. The results allow an unambiguous identification of both intrinsic and extrinsic mechanisms of the anomalous Hall effect. The more recently discovered spin Hall effect (SHE) has attracted a great deal of attention because of its potential applications in spin current devices. Various methods have been developed to generate and detect the SHE and search for materials with large spin Hall angles. These efforts notwithstanding, reliable and accurate determination of spin Hall angle remains a challenge. In this lecture I will first give a comprehensive discussion on the basic concepts of AHE and SHE. Expoliting the attributes of epitaxial magnetic thin films, I will then explain how to control independenly the different scattering processes through temperature and layer thickness and to identifiy unambiguously the intrinsic and extrinsic mechanisms of the AHE. Finally, based on the understanding of the microscopic mechanisms of the AHE, I will describe how we developed a new method using H-patterned films to measure quantities inherent in the SHE.

Xiaofeng Jin received the B.S. and Ph.D. degrees in physics from Fudan University in 1983 and 1989, respectively. Concurrently, he was at Laboratoire pour l’Utilisation du Rayonnement Electromagnetique (LURE) in Orsay, France, from June 1987 to May 1988. He joined the faculty at the Department of Physics, Fudan University, in 1989, and became full professor in 1995. He has been a visiting scholar at many research institutes including University of California, Berkeley; Chalmers University of Technology, Goteborg; Max-Planck Institute for Microstructure, Halle; University of Utah; Institute for Materials Research, Tohoku University, Sendai; and Hong Kong University of Science and Technology. He has published over 100 technical articles in peer-reviewed journals, including book chapters and review articles, and has given more than 50 invited presentations at international conferences. He served as the chair of the 21st International Colloquium on Magnetic Films and Surfaces (ICMFS) in 2012 and on the advisary committes and program committees of various international conferences on magnetism and spintronics. He is currently the chair of the International Union of Pure and Applied Physics (IUPAP) Magnetism Commission C9. He is a member of the IEEE Magnetics Society.