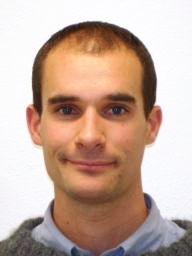 On May 29th, we have the pleasure to welcome in Spintec Benjamin Pigeau from Institut Néel. At 14H, he will give a talk on “Nanowire based vectorial force sensors for nanomagnetism” in building 10.05, room 434A.

In the 80’s, the apparition of the Atomic Force Microscopy (AFM) was a revolution which enabled a dramatic increase in the sensitivity of imaging techniques, up to the ability to “see” individual atoms. The potential for magnetic measurements was quickly understood leading to the invention of the Magnetic Force Microscopy (MFM).
Harnessing the recent advances in optomechanics and in the synthesis of nano materials, we have designed and build a new generation of AFM based on SiC nanowires force sensors. Its sensitivity lies six order of magnitudes bellow commercial AFM, in the attoNewton range (10-18 N). Moreover it vibrates in two dimensions enabling vectorial force field measurements [1].
These capabilities were first employed to measure the hybrid interaction between a single spin (a NV center in diamond) and a mechanical mode [2] with the long term goal of creating counter intuitive non classical states of motion.
The outstanding sensitivity of SiC nanowires is also used to probe other types of forces [3]. In particular the vectorial nature of these force fields can be mapped with great accuracy. This is of great interests for nanomagnetism in order to detect emerging small and spatially non uniform spin textures. I will show our first attempts in building a nanowire based MFM.