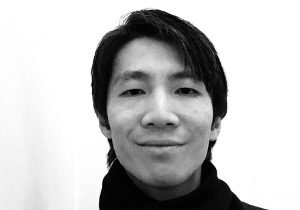 On January 30, we have the pleasure to welcome Joo-Von Kim from Centre de Nanosciences et de Nanotechnologies, Université Paris-Saclay, 91120 Palaiseau, France. He will give us a seminar at 11:00, CEA/Spintec, Bat. 1005, room 434A entitled :

Magnetic skyrmions in ultrathin films are nanoscale chiral particles which hold much promise for future information technologies. Understanding how these particles can be propagated by applied electric currents, for example, is an interesting physical problem and an important issue to resolve for device applications. In this talk, I will discuss two theoretical aspects of skyrmion motion under spin-orbit torques. First, I will discuss results of micromagnetics simulations in which the role of magnetic disorder is examined. Significant pinning and a drive-dependent skyrmion Hall angle are found [1]. Second, I will discuss skyrmion and antiskyrmion dynamics under spin-orbit torques in frustrated magnets studied with atomistic spin simulations, where a number of novel phenomena are brought to light. In particular, the symmetry between opposite topological charges is found to be broken under large torques, where trochoidal motion and skyrmion-antiskyrmion pair generation appear [2]. Some perspectives for new applications will also be discussed.

Biography :
Joo-Von Kim is a CNRS research associate at the Centre de Nanosciences et de Nanotechnologies, a joint laboratory of the CNRS and Univ. Paris-Sud in Palaiseau. He has over 20 years of research experience in theoretical magnetism and spintronics. His current research interests include magnetization dynamics in chiral systems, stochastic processes in ultrathin films, and chaotic phenomena for information processing.