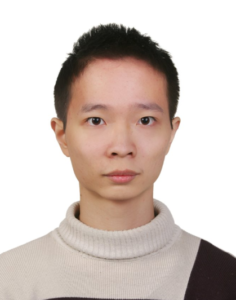 On April 23, we have the pleasure to welcome Yan Wen from King Abdullah University of Science and Technology (KAUST), Saudi Arabia. He makes actually his PHD supervised by Xixiang Zhang in collaboration with Aurélien Manchon. He will give us a seminar which will take place at SPINTEC 434A at 14:00.

Pure spin current will play an important role in the next generation spintronics devices and applications for their high efficiency. One of the crucial issue is that how to effectively inject the spin current from a generator (one material) to a receptor (another material). In addition to the rapid decay of the spin current when it traverses in a material, another key factor is that its transmission from the generator to the receptor will be further limited by the spin-mixing conductance at the interface.

Here, we report the measurement the spin orbit torques in Ta/IrMn/Cu/Py system by using the second harmonic methods. I will then present a systematic investigation on the spin conductivity by tuning the thickness of IrMn and varying temperature of measurements. The significant enhancement of spin conductivity has been observed in the samples with 1 and 1.5 nm IrMn. We propose that the spin accumulation generated in Ta through spin Hall effect would partially convert into magnonic spin current at the interface of Ta/IrMn. The spin current is therefore transported from Ta to Py through AFM magnons and electrons in IrMn layer.