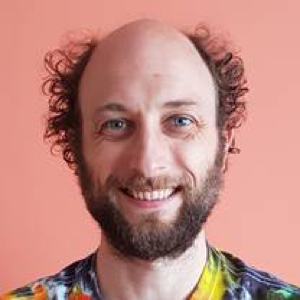 Dr. Kevin Garello (born 1983) is a CEA research engineer since June 2020, expert in the field of nanomagnetism and spintronics for magnetic memories. He graduated his PhD in 2009 at Spintec (joint with LETI and XLIM) laboratory in France, in the field of magnetoelectric materials for RF applications. In 2010, he joined as a postdoctoral research associate the group of Pr. Pietro Gambardella at the Catalan Institute of Nanotechnologies (ICN) in Barcelona (Spain) to work on spin-orbit transport in ferromagnets (SOT). During this time frame, he established for the first time the possibility to use SOT as a new writing mechanism and demonstrated SOT-MRAM concept. In 2013, he joined the new laboratory of Pr. Gambardella at ETH-Zurich (Switzerland) and developed an activity dedicated to SOT characterization and understanding that helped to reveal unexpected physics phenomena arising from SOT systems. In March 2016, he joined IMEC in Leuven (Belgium) as a senior scientist in charge of Emerging Magnetic Memory Program to develop and benchmark new classes of magnetic memories based on spintronics related phenomena. Notably, he demonstrated large scale integration of SOT-MRAM using CMOS compatible processes and novel manufacturable integration approach that allows to reliably write SOT-MTJ cells without the assistance of an external magnetic field. He has co-authored 30 scientific publications in peer-reviewed journals (h-index=18, over 4200 citations), as well as 9 granted patents