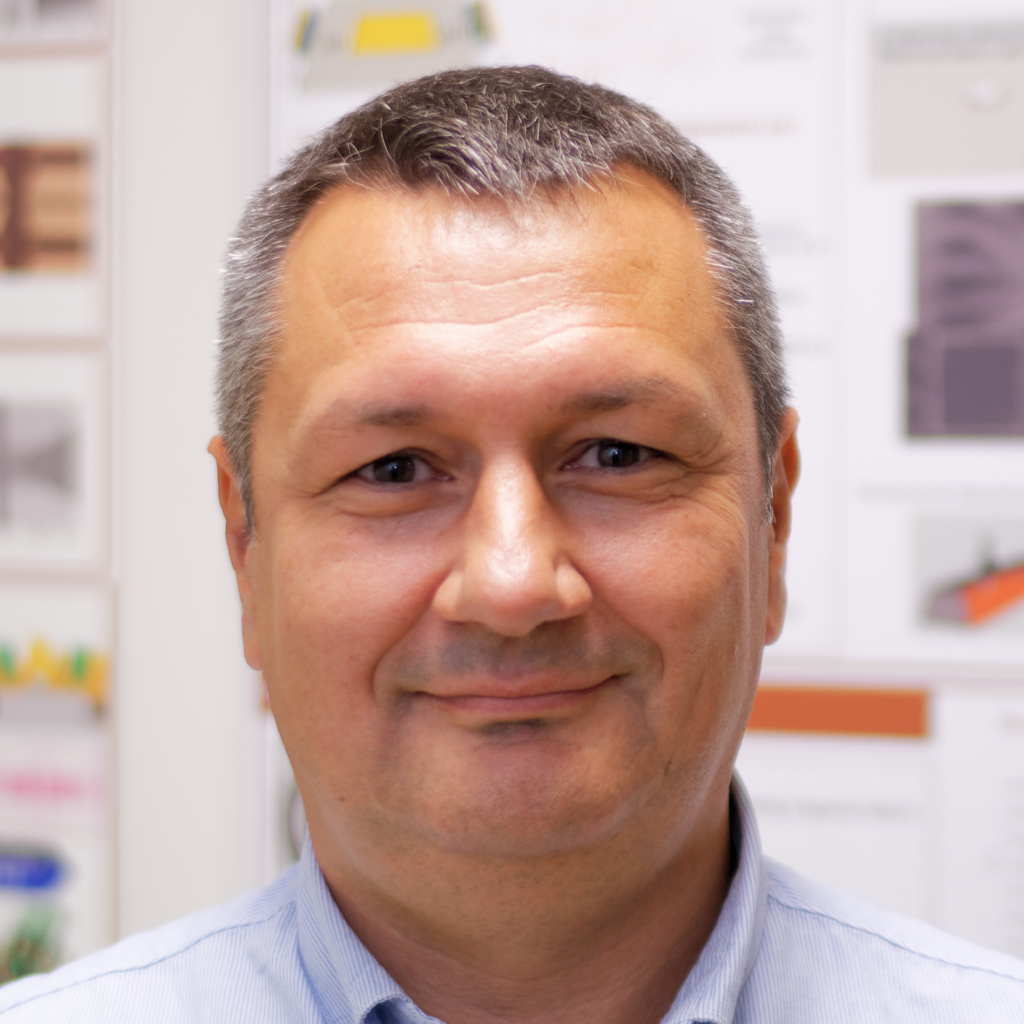 Dr Lucian PREJBEANU (born 1975) is a CEA research engineer, expert in the field of nanomagnetism and spintronics for magnetic memories and sensors. Dr PREJBEANU holds a Physics degree from University of Cluj, Romania and a PhD in Physics from University of Strasbourg (2001) in the field of domain wall magnetoresistance in nanowires and of dipolar interactions in closely packed arrays of vortices. After his PhD, Dr PREJBEANU joined Spintec, where he namely pioneered scientific work on thermally assisted MRAM. Based on this proof-of-principle demonstrated in the framework of the European project NEXT and awarded by the European Descartes Prize for Research in 2006, Dr Prejbeanu participated at the creation of the start-up company Crocus Technology. As R&D Director of Crocus, Dr PREJBEANU led the technological transfer and received in 2012 the joint SEE-IEEE Nicolas Brillouin prize. Back to Spintec in 2013, Dr PREJBEANU is currently working on new concepts for highly scalable, ultrafast and sustainable MRAMs concepts (including integrated spintronic-photonic circuits), hybrid multifunctional spintronic-CMOS devices for bio-inspired low power electronics or Internet of Things, and new concepts of magnetic sensors in the framework of several EU, ANR or industrial projects. Dr. PREJBEANU has authored more than 90 scientific publications and book chapters and is inventor of 45 international patents on magnetic memories and sensors. Dr. PREJBEANU has served on the program committees of several conferences (MMM-INTERMAG, E-MRS, IMW, NVTMS, ICSDG) and is expert reviewer for H2020 and ANR projects. He serves currently as executive director of Spintec and head of the Nanophysics department of the CEA-IRIG institute. He is also coordinator of the memory pillar of Spintronic Factory, a European network founded in 2016, whose mission is to promote European research and innovation in spintronics and co-director of the Upstream Technological Platform PTA, one of main nanofabrication centers of RENATECH, French academic network of nanofabrication technology centers.