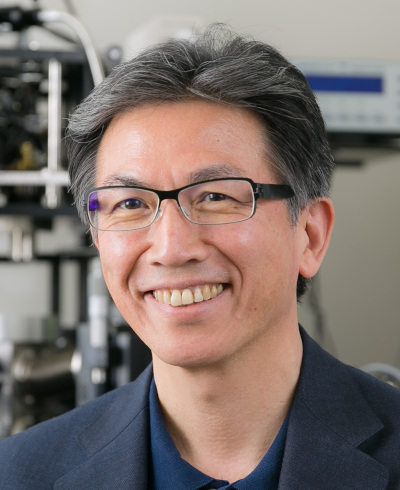 Prof Yoshichika OTANI is invited Professor of the University Grenoble Alpes from August to October 2021, hosted at SPINTEC laboratory. His research collaboration will deal with the Studies on the Dynamic Magnon-Phonon Coupling in Spin-Mechanical devices, involving the spin insulatronics team. Prof. Otani will also be lecturing at the European School on Magnetism 2021, led by SPINTEC.

YoshiChika Otani received the B.S., M.S., and Ph.D. degrees from Keio University, Japan, in 1984, 1986, and 1989. He was a research fellow at the Physics Department of Trinity College Dublin, the University of Dublin, Ireland (1989–1991), and a researcher at the Laboratoire Louis Néel, CNRS, France (1991–1992). He was an assistant professor at the Department of Physics, Keio University (1992–1995) and an associate professor at the Department of Materials Science, Tohoku University (1995–2002). In 2001-2004 he led the Quantum Nano-Scale Magnetics Research Team, part of RIKEN’s Frontier Research System (FRS). In 2004 he became a professor at the Institute for Solid State Physics (ISSP), University of Tokyo. Since 2013 he has additionally been the leader of the Quantum Nano-Scale Magnetism Research Team at the RIKEN Center for Emergent Matter Science (CEMS).

Prof. Otani has published over 250 technical articles in peer-reviewed journals, including book chapters and review articles, and has given more than 100 invited and plenary presentations at international conferences. He has been coordinating the Nano Spin Conversion Science project, supported by the Japanese Ministry of Education, Culture, Sports, Science, and Technology, since 2014 to elucidate the interconversion mechanisms among phonons, photons, magnons, and electrons. He has been a committee member of Commission on Magnetism (C9) of the International Union of Pure and Applied Physics since 2011 and vice chair in 2018.