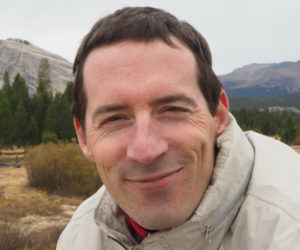 Characterization of the Switching Distributions of Heat-Assisted Magnetic-Recording Media

Abstract : Heat-assisted magnetic recording (HAMR) employs a laser-coupled near-field transducer (NFT) in the write head to locally heat the FePt recording layer. HAMR features larger temperature gradients producing higher effective field gradients at the recording transitions than PMR recording. Yet, the distributions of the FePt grains’ magnetic properties, if too large, limit the system’s areal density performance. It is therefore important to characterize the magnetic property distributions for each media, at time scales and temperatures at which the magnetic recording takes place.
I will present a measurement method called THMap that uses conventional recording systems to extract the temperature and field distributions of HAMR media at recording time scales. This method also provides useful information about the head/medium recording system.
If time allows, I will also touch upon optical and thermal design considerations for HAMR media looking at the relevance of anisotropic heatsinks for heat-assisted magnetic recording (HAMR).

Short bio : Pierre-Olivier Jubert is a Senior Technologist in the Media Characterization team at Western Digital. He earned his PhD from the University of Grenoble – France in 2001 in the field of epitaxial growth and nano-magnetism. He worked 4 years at the IBM Zurich Research Laboratory before transferring to IBM Almaden Research Center in 2005. Pierre-Olivier joined HGST Research in 2014 and the HAMR media development team in 2016. His research has revolved around magnetic recording physics, the numerical modeling and measurements of advanced recording technologies for Tape and Hard Disk Drives. His current work focuses on HAMR media optical/thermal design, modeling and characterization.