A complete set of the generalized drift-diffusion equations for a coupled charge and spin dynamics in ferromagnets in the presence of extrinsic spin-orbit coupling is derived from the quantum kinetic approach, covering major transport phenomena, such as the spin and anomalous Hall effects, spin swapping, spin precession, and relaxation processes. It is argued that the spin swapping effect in ferromagnets is enhanced due to spin polarization, while the overall spin texture induced by the interplay of spin-orbital and spin precession effects displays a complex spatial dependence that can be exploited to generate torques and nucleate or propagate domain walls in centrosymmetric geometries without the use of external polarizers (Fig. below), as opposed to the conventional understanding of spin-orbit mediated torques. 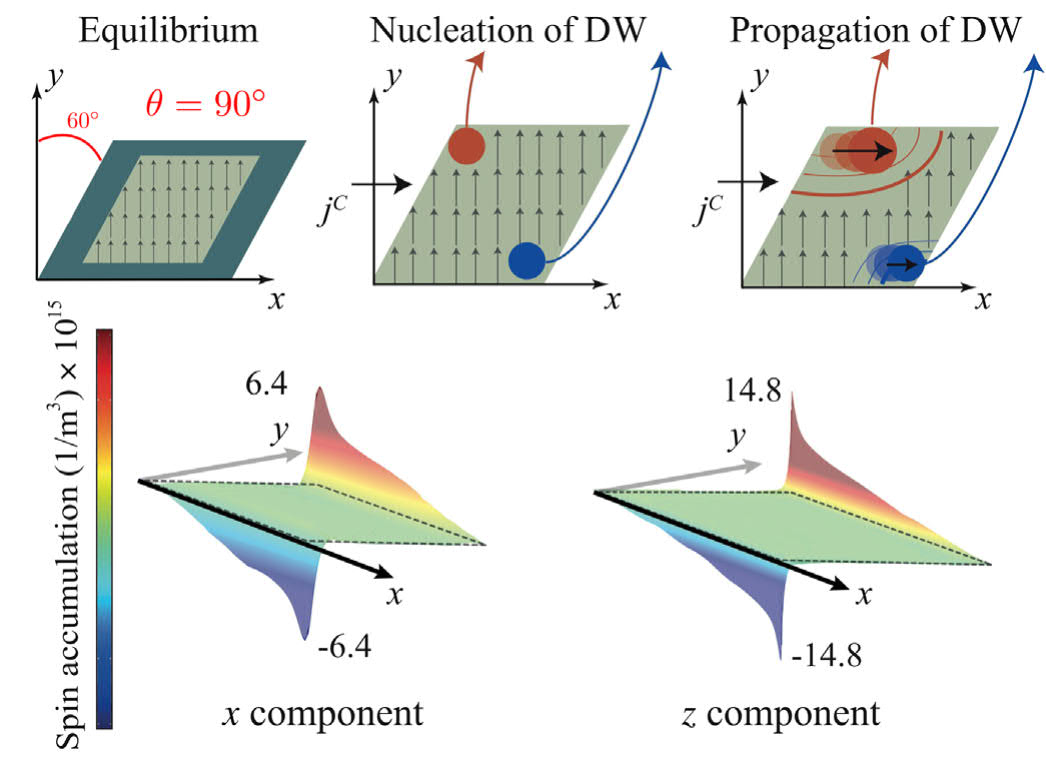 Spin accumulation profiles as calculated for the diamond-shaped geometry. The top panels describe the idea of nucleation and propagation of reversed magnetic domains.

This work has been performed in collaboration between Spintec (France) and KAUST (Saudi Arabia) and was partly supported by “Emergence et partenariat stratégique” Program at Univ. Grenoble Alpes.