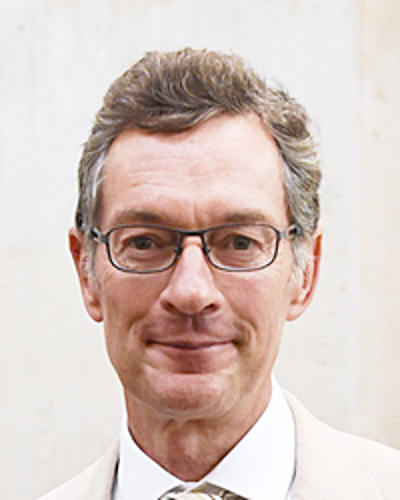 Bernard DIENY receives the 2018 IEEE Carrier Achievement Award for contributions to spintronics applications including spin-valves and MRAMs and for strengthening the relationship between magnetics and microelectronics communities. The Award will be handed out at the upcoming MMM/Intermag conference in Washington in January 2019. Through this award Bernard Diény becomes a life member in the IEEE Magnetics Society.

Bernard DIENY has been conducting research in magnetism and spin electronics for 35 years. He played a key role in the pioneer work on giant magnetoresistance spin-valves which were introduced in hard disk drives in 1998 [1]. He received an outstanding achievement award from IBM for this work in 2002. In 2002, he has been involved in the discovery of the perpendicular anisotropy at magnetic metal/oxide interfaces which is nowadays used in pSTT-MRAM to reduce the ratio between switching energy and thermal stability [4-6]. This work has recently been summarized in a Review of Modern Physics article [5]. He introduced several innovative concepts of spintronics devices [2,3,7-11] including the spin-valve transistor [2], several designs of MRAM cells (thermally assisted MRAM, precessional MRAM, double MTJ MRAM [3,6]) and of spin transfer oscillators (e.g. perpendicular polarizer and in-plane free layer). More recently, he launched a new activity in his group oriented towards applications of nanomagnetism in biotechnology and biomedicine, in particular a new approach of cancer treatment based on the mechanical vibrations of magnetic nanoparticles [12]. In 2001, he was co-founder of SPINTEC laboratory (Spintronics and Technology of components) in Grenoble, which now counts about 90 members. He cofounded two startup companies: Crocus Technology on MRAM and magnetic sensors in 2006 and EVADERIS on CMOS/magnetic circuits design in 2014. He received two Advanced Research grants from the European Research Council in 2009 and 2014 related to hybrid CMOS/Magnetic Integrated Electronics. He was made IEEE Fellow in 2010 and received the De Magny Prize from French Academy of Sciences in 2015 (Awarded once every 2 years for work recognized as outstanding by the Academy). B.DIENY’s work on spin-valves had a clear impact in hard disk drives industry and his work on the perpendicular anisotropy at magnetic metal/oxide interfaces will have soon in microelectronics industry considering that Samsung and TSMC have announced volume production of perpendicular embedded MRAM for 2018 (Y.J.Song et al,(Samsung), DOI: 10.1109/IEDM.2016.7838491 ; https://www.mram-info.com/tags/companies/samsung (Samsung Electronics) ; https://www.mram-info.com/tags/mram_production (Global Foundries); https://www.mram-info.com/tsmc-start-emram-production-2018 (TSMC)).