Spin-orbit torque (SOT) is an emerging technology that enables the efficient manipulation of spintronic devices. In this paper, the authors aims to achieve a comprehensive review of SOT theory, materials, and applications, guiding future SOT development in both the academic and industrial sectors. 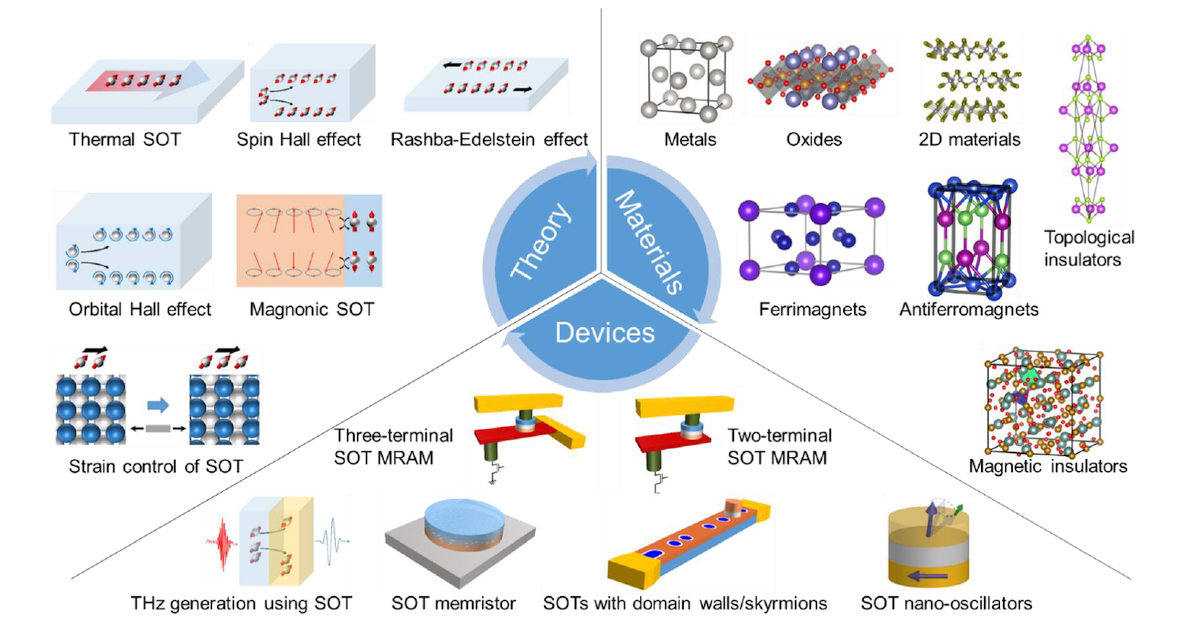 The initial processes of interest in SOTs involved electric fields, spin-orbit coupling, conduction electron spins and magnetization. More recently interest has grown to include a variety of other processes that include phonons, magnons, or heat. Over the past decade, many materials have been explored to achieve a larger SOT efficiency. Recently, holistic design to maximize the performance of SOT devices has extended material research from a nonmagnetic layer to a magnetic layer. The rapid development of SOT has spurred a variety of SOT-based applications. In this Roadmap paper, we first review the theories of SOTs by introducing the various mechanisms thought to generate or control SOTs, such as the spin Hall effect, the Rashba-Edelstein effect, the orbital Hall effect, thermal gradients, magnons, and strain effects. Then, we discuss the materials that enable these effects, including metals, metallic alloys, topological insulators, two-dimensional materials, and complex oxides. We also discuss the important roles in SOT devices of different types of magnetic layers, such as magnetic insulators, antiferromagnets, and ferrimagnets. Afterward, we discuss device applications utilizing SOTs. The authors discuss and compare three-terminal and two-terminal SOT-magnetoresistive random-access memories (MRAMs). They also mention various schemes to eliminate the need for an external field and provide technological application considerations for SOT-MRAM and give perspectives on SOT-based neuromorphic devices and circuits. In addition to SOT-MRAM, the authors present SOT-based spintronic terahertz generators, nano-oscillators, and domain wall and skyrmion racetrack memories.